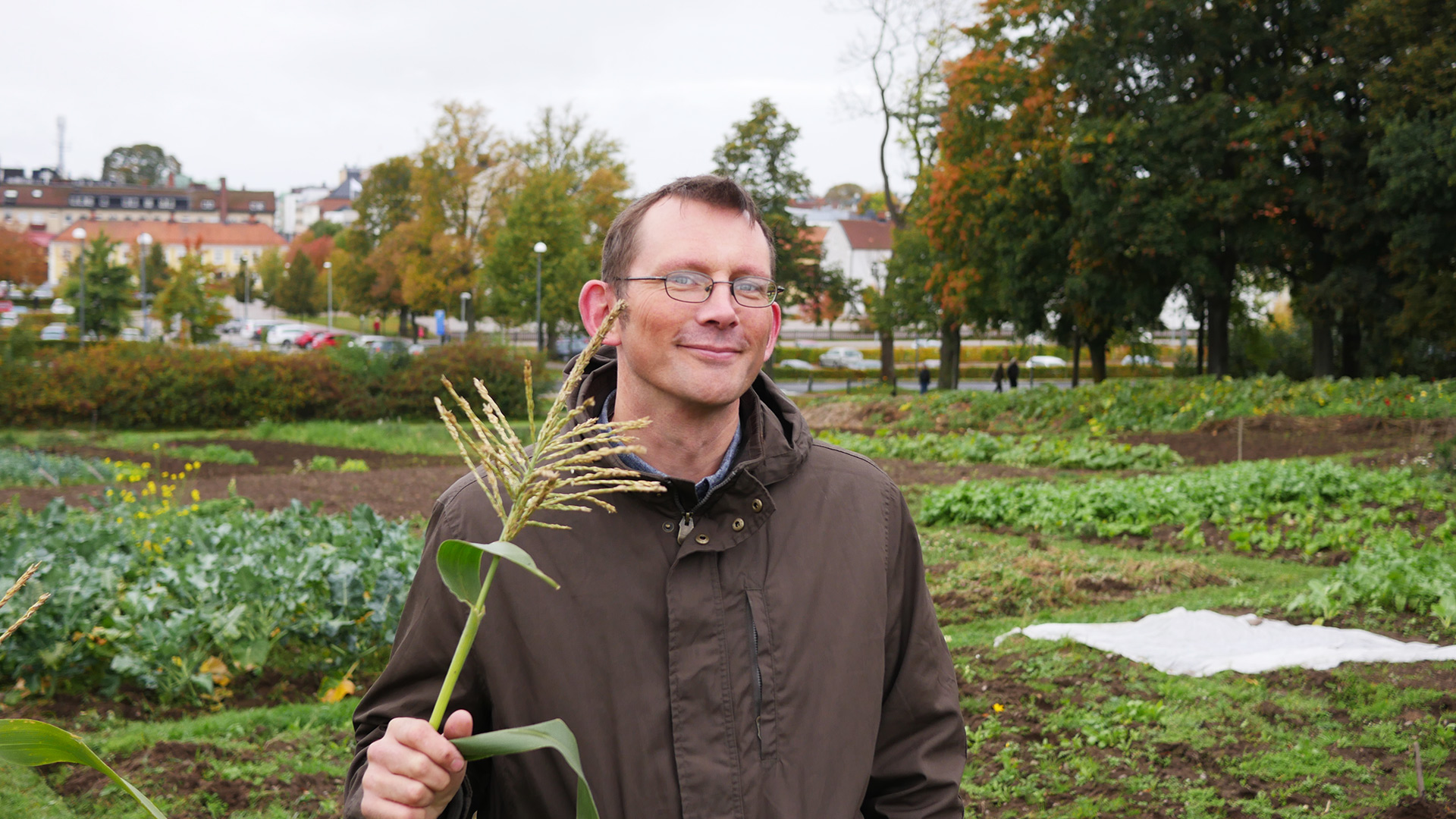 Rob Hopkins tells us the story of how the Transition movement started and how he uses stories and innovations to paint possibilities and reposition the way we see ourselves in relation to nature and the future.

Rob has created the world-wide network of positive engagement he imagined to himself a more than a decade ago. People rebuilding local agriculture and food production, localizing energy production, rethinking healthcare, buildings, waste management and more.

Rob visited Sweden in October 2017. He was the keynote speaker at the annual meeting of the Swedish Transition Network, Omställningsnätverket, that took place in the town Växjö. After that he visited municipalities, universities, local entrepreneurs and transition initiatives in southern Sweden.

Rob is very inspiring. He knows about the problems we faces, but even so he manages to feed people with hope through his thinking and storytelling. He challenge the world to bring innovation, to imagine a thriving future and to try out things you didn’t think was possible. Rob uses the water flowing through a forest as a metaphor for local economy. From a presentation in Örebro, Sweden.

He does it by telling stories about what other people have achieved, and by using vivid metaphors. He compares money and economy with rain in a forest. And imagines the Queen throwing bricks through his window because she might get pissed when Rob introduced a local currency.

Kevin Anderson once said: ”The largest obstacle is the human lack of imagination of what a better world would look like”.
In Robs words that is: ”What if?, Let’s try!”

Punk had a big influence on Rob. The spirit of punk, if you don’t like the music on the radio, make your own. If you know 3 chords, form a band.

And in his 20’s he got a book about permaculture, and that’s where he started to question the way we use energy and grow food. And eventually out of that grew the Transition movement.

This interview with Rob was recorded in Uppsala, October 10, 2017.