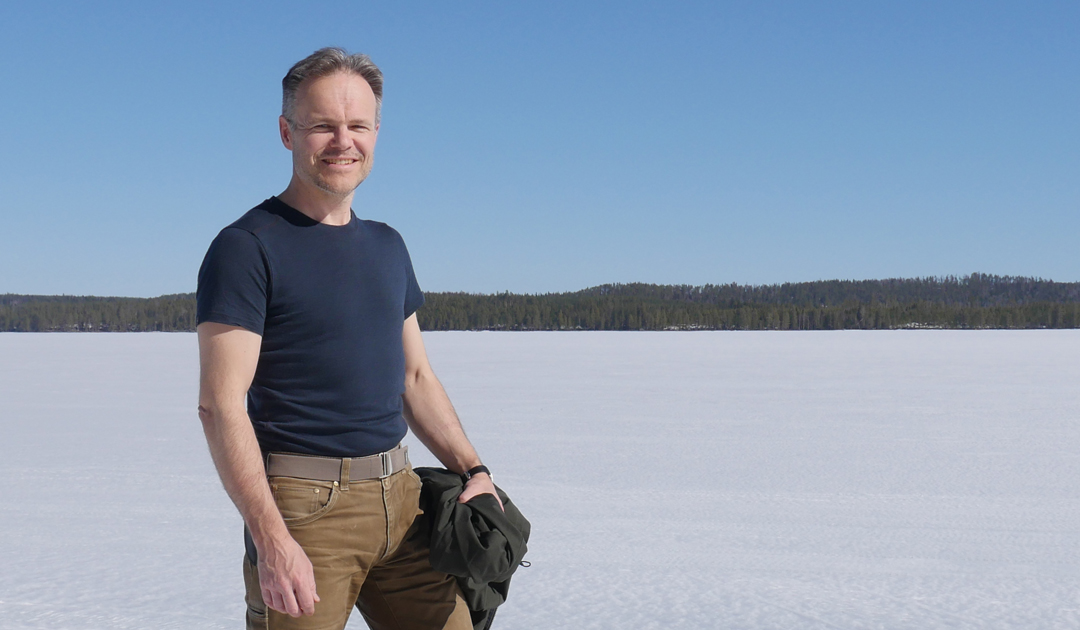 I am a Swedish meteorologist, devoted to grasp the complexity of climate and the relations between human insights and scenarios of the future. I was trained and educated in the Swedish Air Force and at the Stockholm University.

I have done highly specific and narrow weather forecasts for sailing expeditions, sports events and the Swedish Armed Forces as well as public and general forecasting at Public TV, radio, print, web and mobile. I recently wrote a book about extreme weather, title Extremt väder (release in August-September 2019).

During the early 90’s I met Bert Bolin, one of the founders of IPCC, as he was one of the professors at the Departement of Meteorology at Stockholm University (MISU) where I had my academic training. He had a profound impact on my understanding of ethical implications of how individual and collective decisions and acting are connected to evolution and consequences for other life, individuals and civilisations, today and in the future.

Being a meteorologist you can not escape the Theory of Chaos and the idea that a small perturbation, for example by a butterfly, could initiate what would eventually become a hurricane on the other side of the planet. When the subject is weather, I use ensembles of weather predictions. When it’s about climate we use scenarios of how climate could evolve.

During the course Resilience, Adaptability and Transformability at the Stockholm Resilience Centre I was introduced to Complex System thinking, Panarchy and how feedbacks at different levels in the system can lead to non-reversible transformations of the system. This applies to all living systems, from virus to global climate, including the human mind.

I was not fortunate to meet Donella Meadows, but gain insights from her deep wisdom in system dynamics and environmental leadership. She might be most known to the public for being co-author to the (increasingly important) report Limits to Growth. I often return to her system feedbacks in Leverage Points, Places to Intervene in a System.

I have followed Greta Thunberg since June 2018 and her amazing talent, devotion and capacity to bring awareness and push transformation of power and societies. In November she asked med if I could assist her in the search for a sailing boat and crew that could bring her fossil-free from Europe to USA to participate in climate meetings over there.

During winter and spring 2018-19, and more intensively during the summer, I have been pulling all strings I could to prepare Greta and find her a safe, fossil-free and inspiring sailing journey across the Atlantic. The boat and crew she will use was not on my contact list, but the team that will support her with routing, how to navigate with respect to the weather, was within the reach of me and my friends.

2001 Crew, meteorologist and photographer at SeventhWave sailing from Sweden to Iceland with Ola Skinnarmo and Torkel Ideström on their Greenland Expedition.

In 1998 i founded the company Swedish Weather Centre AB (SWC). I was still working as a forecaster in the Air Force (F4 Östersund) and the purpose was to provide sports events and expeditions with tailor-made forecasts and tactical/strategic decision aid. It also gave me great opportunities to co-operate with skilled, committed and creative people.

1999 I moved from Östersund to Stockholm to work with different tasks in the Armed Forces, was drafted to work as a weather presenter at Sveriges Television, started develop forecasting methodologies and software to the emerging digital market, weather forecasting for the energy market, weather derivatives and more. I quit both the job in the Forces and at TV.

Parallell to all the entrepreneurial trial-and-error I found it most interesting to communicate climate science and system changes. I was a ”prosumer” in photo, had gathered some communication skills from TV as well a partner in communication in the Swedish Mr weather himself, the meteorologist John Pohlman, as he retired from SVT.

I went on tour with John in 2003 and communication of climate, complex systems and human interactions and feedback with nature is still the main reason why I ask questions, interact with business and give lectures.

I have had some 800+ lectures about climate and complexity (stopped counting at 700). I write articles and debate in media. I am a board member of Omställningsnätverket (Transition Network Sweden) and Telge Energi Vind (Economic Association producing wind- and solar-energy. I have a few hectare of forest and strive to do more experiments with bio-char, permaculture, local resilience etc.

During winter and spring 2018-19 I was writing a book about extreme weather (Extremt väder) together with the publishing house Max Ström. It will be released in Sweden in August/September 2019.

I will continue communicating climate science, the need for system change and the urgency to mitigate and adapt our societies to a way of life that does not threaten future life on this beautiful planet, the home we share with all other forms of life. The UNFCC wrote in their report in 1992: ”…prevent dangerous anthropogenic interference with the climate system”. So far we still have incentives and behaviour making us move planetary climate, ecosystems and ourself in wrong directions. With colleagues I am developing methodologies using scenarios to create transformative awareness.