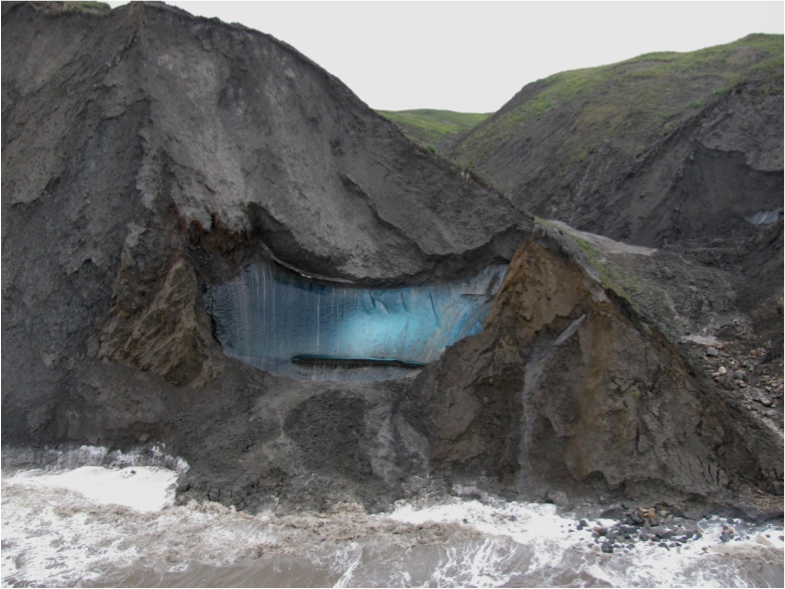 What do we call next climate epoch, the one after the Anthropocene? The one where feedbacks in the climate system outperform our capacity to mitigate climate change. The Runaway-feedback-someting-cene? The Runacene?The epoch we live in today, the Anthropocene, is characterised by human interaction on a scale that profoundly alters climate and life on earth. As Paul Crutzen wrote in 2002:

We live today in what may appropriately be called the “Anthropocene” –a new geologic epoch in which humankind has emerged as a globally significant –and potentially intelligent– force capable of reshaping the face of the planet.

The label ”Anthropocene” has been around for less than two decades, but scientist debate whether it started with the rise of agriculture, the industrial revolution or the atomic bomb. Or any other distinct marker.

But now the change of what we changed changes. We are poking the bear with sticks and stones, forests and fossils.

Thawing permafrost and glaciers, burning forests, warming oceans and other climate feedbacks will eventually dampen natural carbon sinks, and speed up ”natural” emitters of carbon dioxide, methane and other greenhouse gases and effects, such as changes in the albedo (the amount of solar energy reflected out to space) that increases global warming out of whatever little control we ever had. The Washington Post recently had an article about the arctic becoming a net source of carbon. Yale recently had an article about tipping points.

But how can I be certain the feedbacks will kick in and alter the climate beyond our capacity to mitigate the changes? Maybe we we get our act together and mitigate climate change in time?

We never had any control over the climate, but there was a time when we could have behaved in such a way as to stay in a modified Holocene (the epoch before Anthropocene) or a fading Anthropocene.

There is so much momentum in societal transformation. It takes at least three decades to transform any system, be it energy, agriculture, transportation, economy or just the mind shift needed to initiate real change. And that is if we act as one body. The political dynamics today move in the other direction, towards nationalism, fragmentation, ”we first” and lack of trust.

On top of that all the latent change in the climate system itself. We are already way out of planetary energy balance, hence the oceans will continue to absorb heat, glaciers and permafrost will thaw. And the complexity and non-linearity of the systems does not work in our favour.

We are moving in to a territory where geo-engineering will sound like a rational and necessary option, altering weather and radiation balance on a planetary scale. How will we decide, or who will take command, over such experiments with profound and very uncertain outcomes?

Climate has been extremely stable for almost 12 000 years, the Holocene. But during the last 75 years we humans (mainly the western world) have pushed us into what is called the Great Acceleration and the Anthropocene.

With confidence we slid out on oil, to a slippery slope of melting ice. Cracks in the ice opens up tipping points. We are entering a non-predictable and chaotic world. And I am frightened we might try to deal with the situations in a similar way to what got us, and the rest of life on the planet, into this mess.

What we do the next ten years will have a profound impact upon future climate and life. And ponder a minute or two about the time to ”recover” from what we do today: Time for climate to stabilise: The order of 1000 years or more. Time to recover diversity and complexity from collapse of species and ecosystems: The order of 1 million years or more.