To bet on global temperature 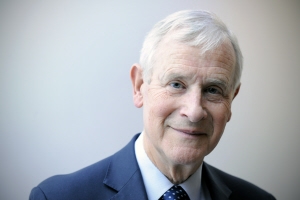 This was fun. Two climate deniers loose 1000£ each to a climate scientist, betting on the development of the global temperature.

Sir Alan Rudge (picture above) from the climate denial think tank the Global Warming Policy Foundation (GWPF), accepts that he must pay 1000£ to Chris Hope, a Cambridge University researcher. The bet, made in 2011, was about the year 2015 being more than 0.1C cooler than 2008. But as we now all know 2015 was the hottest year on record, and actually 0.35°C warmer than 2008.

There is also a twist in the phrase: ”You win some, you loose some” from Benny Peiser, director of the Global Warming Policy Foundation (where sir Alan Rudge is an adviser).

But the answer is actually No. This since the development of the global temperature is not a product of chance. It’s a product of of a decrease in planet Earth’s ability to get rid of energy. And that in turn is a consequence of the increased amount of greenhouse gases in the atmosphere. (Making long wave radiation, i.e. heat, escaping to space from a higher altitude in the atmosphere than before. Higher up it is colder, hence less energy escapes. Hence the planet warms).

But if you relentlessly deny the physics, you will end up placing your bet on the wrong horse.

However they should be honoured for putting their money where their mouth is. Continuing doing so they will eventually be out of business.

That is evolution. But/and I bet they deny evolution as well. 🙂

Read the full article in Reuters and DeSmog.